Lovely views from atop the mountain

A couple of weeks ago I travelled to Hobart, the capital of Tasmania which is an isolated state off the south coast of Australia.  Unfortunately, there are no direct flights from Canberra so I had to fly to Melbourne (Victoria) first then over the Tasman Sea to reach Hobart. 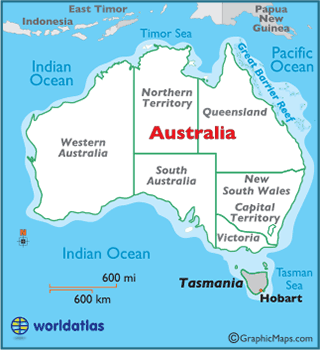 Hobart sits on the Derwent River and is such a beautiful city; one of my favourites actually as I love the climate there.    Hobart experiences four distinct seasons which is similar to Canberra.  It’s a pretty cold capital city [again like Canberra] with the average temperatures range from 11.5 – 21°C in summer…but not as warm as Canberra as during our summers our average temperatures range from 12.6 – 27°C but our temperatures in summer do reach 40°C with little humidity which is great.

Whilst there, I had a couple of hours to spare so my colleagues kindly drove me up to Mount Wellington which is the summit of the Wellington Range. 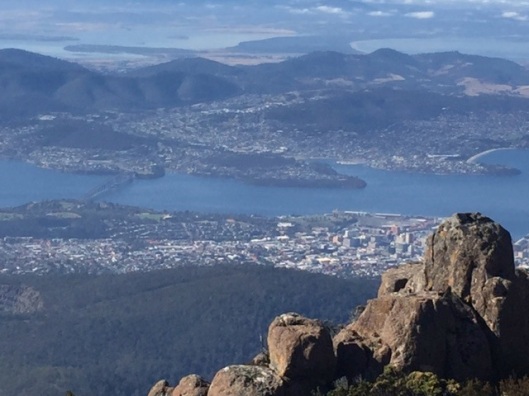 The mountain rises to around 1200 metres above sea level and is frequently covered by snow, sometimes even in summer and as we were leaving we saw little pockets of snow on the ground.

We arrived at the top of the mountain after a trip where I had a little motion sickness but it was worth it to get out of the car as there was an enclosed look-out and wooden pathway which provided spectacular views of the city and the Derwent river.

I couldn’t go out on the enclosed look-out as I have such a fear of heights and it was just too close to the edge but the walkway provided great views too.  We were up so high that I also had great views of the clouds sitting around the top of the mountains…lovely sight with the sun shining through the clouds.