Visit to The Mukden Palace

It’s been a while since I have written about my travels to China in 2008 so thought I would write a post about my travels in Shenyang, the capital of Liaoning Province located in the North East of China, bordering the Democratic People’s Republic of Korea or as most of us call it North Korea. 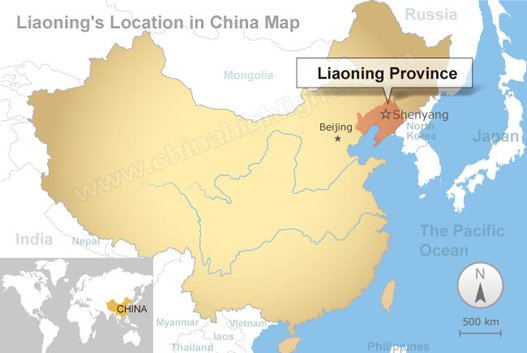 My friend Jon and I arrived in Shenyang from Beijing by fast train and having travelled in business class we enjoyed our 303 km/h four-hour trip enormously with our complimentary snack pack, hot tea and bottled water, a blanket and slippers. 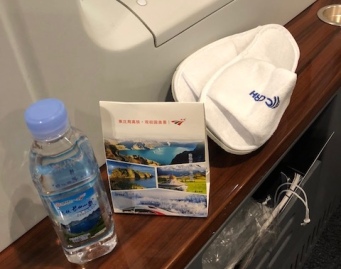 The Mukden Palace was the former imperial palace of the early Manchu-led Qing dynasty and was built in 1625. 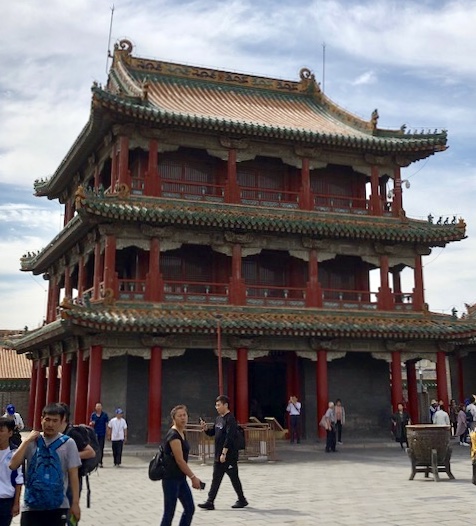 After our breakfast on our second day, we departed our hotel after meeting our local guide and arrived at the palace early which was a great idea as by the time we departed there were many other visitors (including the usual Chinese tour guide with loud speaker!!!).  The palace is located in the centre of Shenyang and is located next to  modern high-rise buildings.

Construction of the palace began in 1625 by the founder of the Qing dynasty and was built to resemble the Forbidden City in Beijing but it also exhibits styles of Manchu and Tibet with its glamorous roofs and exquisite carvings.

The first three Qing emperors lived in the palace from 1625 to 1644 and after the Qing dynasty replaced the Ming dynasty in 1644 in Beijing, the Mukden Palace lost its status as the official residence of the Qing emperor and became a regional palace.  In 1955 it was converted into the Shenyang Imperial Palace Museum.  Then in 2004 it was included in the UNESCO World Heritage List as an extension of the Imperial Palace of the Ming and Qing Dynasties or as most people refer to it, the Forbidden City in Beijing.

The palace exhibits large collections of jade and ivory (shame!!), furniture, musical instruments and paintings.  The stone grounds are vast and trees and plants are extremely well maintained so it was lovely to spend a bit of time before the crowds arrived, walking around and enjoying the blue skies of Shenyang. 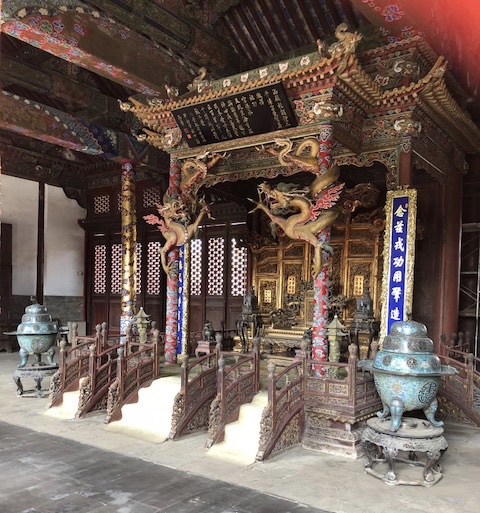 And then my favourite things to photograph; doorways! 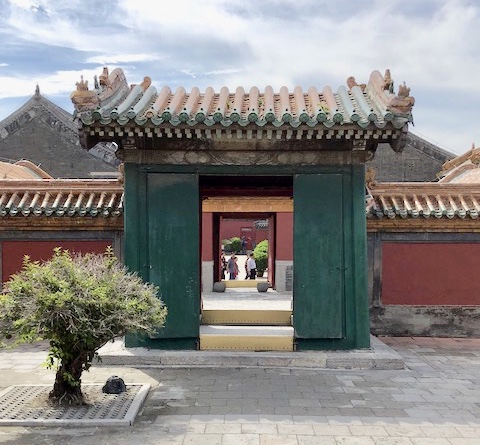 By this time we were ready to head off to our next destination, the residence of the warlord of Manchuria (but more on that later).

Another province visited in China

Whilst in Liaoning Province last year, my friend Jon and I went to Benxi Water Caves for a visit.  These caves are about an hour’s drive from the capital Shenyang so again using a trusty guide and driver, off we went.

The caves are located in Benxi National Park and our guide told us they are the longest underground water-filled caves found in the world and that they contain the world’s longest underground river at 5.8 kilometres. Of this, only 2.8 kilometres are accessible by boat.  I never think our guides are untruthful, however I have heard many [many] times during my travels around China that some structure is either the oldest/biggest/longest/tallest so I am not sure of the accuracy of this statement.

My photos are not great [or even good] as I only had my mobile telephone with me in the caves which were quite dark.  The ride in small boats took about forty-five minutes and wearing too small life jackets we boarded and then on occasions we had to duck our heads as the stalactites were quite low.  Was a fun time though with the usual bright and colourful lights highlighting the cave.

After our visit we hopped off the boat and took a short walk through part of the cave where at the exit we were met by our driver and taken to lunch.  We arrived at a typical Chinese looking building with basic interior but enjoyed an ok lunch[I say ‘ok’ as it was not some of the best food I have had in China] consisting of several Chinese dishes including an egg dish, rice, a meat dish for Jon and the usual eggplant dish for me.

Before returning to our hotel we took a quick tour of Shenyang city; not an awful lot to see but we got out of the car to look around and seeing as it was very warm, got a good spray of water from the fountain in the city centre. 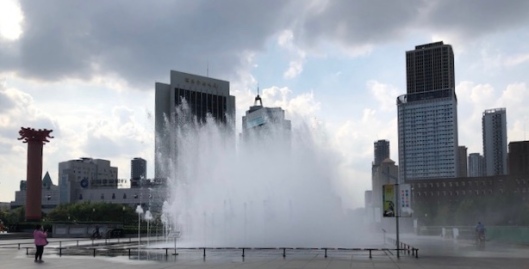 Then back to our hotel after another great day in China!

When is lavender not lavender!!! 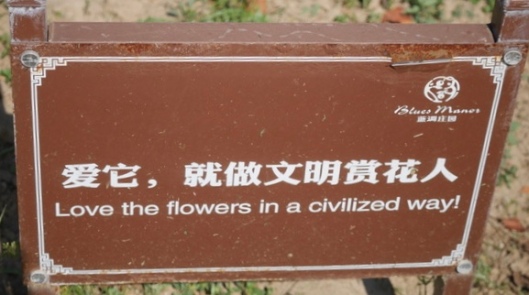 Before heading to China last month I read about places around Beijing that had the top lavender gardens.  I love brightly coloured fields so took down the details of the one I thought was the best (Beijing Blues Lavender Manor) and arranged a driver to take us there a couple of days after arriving.  It took us over an hour from our Airbnb and it really was out the back of no-where; a downtrodden old street with huge construction over the road and on each side of the entry gates.

This is what the gardens looked like on the internet …be assured they looked absolutely nothing like this. 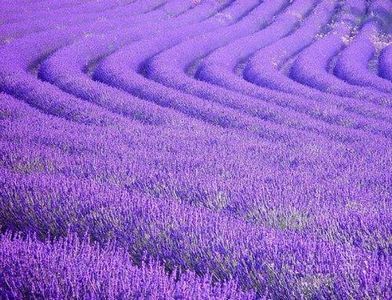 We hesitated as we arrived at the front gate because we were greeted by these two ‘people’…mmm not a great start.

But because we had driven so far we decided to pay our 20 RMB ($4 AUD) each to go inside as I really wanted to see the beautiful lavender fields.  We started walking around the paths and the first tree we see is one with fake orange leaves and cheap umbrellas around the trunk.  Second bad sign.

Then…in the distance we see a small field of purple but it was not lavender; they were some sort of weed and as we walked alongside we saw a chair in the middle of the field – guess this is in case you get tired and need a rest? But the ‘lavender’ had grown over so we decided not to stop!!

As can be seen, this small field looks absolutely nothing like the internet photos but to add to our amusement there were a few other ‘interesting’ garden ornaments.

A lovely swing with artificial flowers…

An old stone carriage that was impossible to enter…

An interesting structure which I said looked like an outdoor toilet complete with more artificial flowers but no toilet! 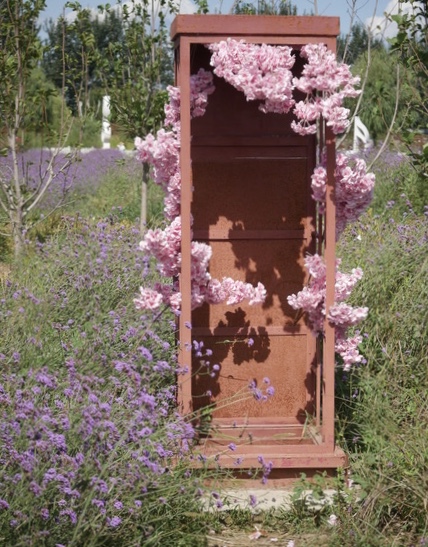 And I have no idea why rope Sponge Bob Square Pants was there but he was as were some unusual signs. 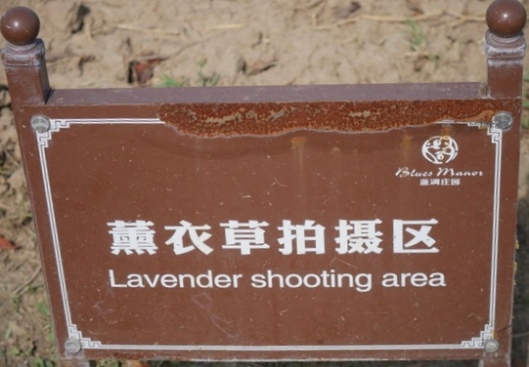 No more ‘lavender’ but a farewell from some more rope people.

We haven’t laughed so much and spoke of this experience during the next four weeks travelling around China!  Our next stop was Liaoning Province over north/east China and we caught the fabulous bullet train from Beijing but it was Golden Week (national holidays) which meant all Chinese are on holidays.  Most of them at the train station… 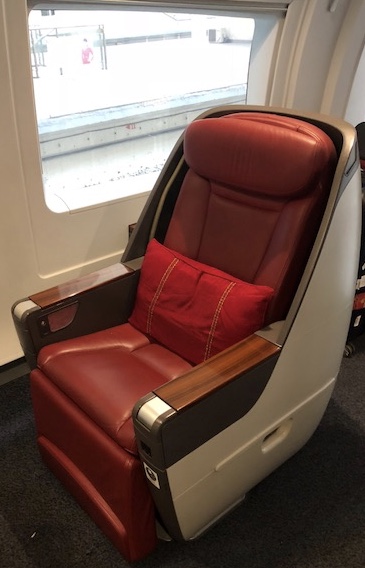 And travelling at speeds of over 300km/h checking out the cities and rapeseed fields along the way. 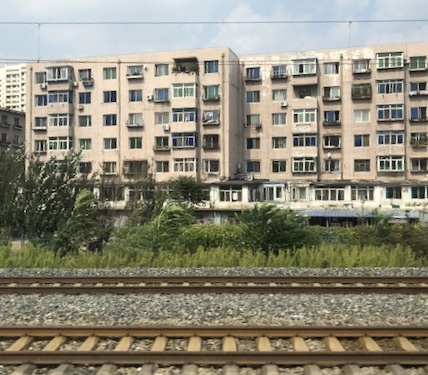