A quick visit to one of Guangzhou’s temples

When I was departing China in 2014, to return home to Australia, I did a tour of various provinces to farewell my colleagues and during my trip to Guangzhou Province, I was taken for a quick visit to one of the oldest Buddhist temples in the capital.

It’s overlooked by a typical Chinese residential building…small windows, washing hanging on the balconies and pretty run down on the outside [but I just love them and much prefer them to the modern residential apartment blocks with nothing to admire but big glass windows).

Guangxiao Si (Bright Obedience Temple) has a history dating back some 1700 years and built before the existence of Guangzhou city.  It was initially built during the Western Han Dynasty as a private house and later used as a lecture hall before being dedicated completely as a Zen Buddhist Temple during the Southern Song Dynasty.   Then again in the 1980s, the temple was reoccupied by Buddhist monks.

The architecture of the temple and cultural relics provide a good insight into the history of Chinese Buddhism.

The grounds comprise many buildings and whilst it only took a little while to walk through, I am glad I got to visit – it’s always nice to see something so old even though some parts are refurbished.  There are also many trees within the grounds which are really beautiful and incredibly old. 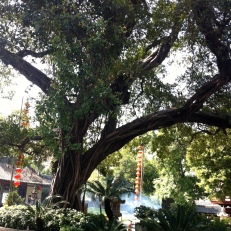 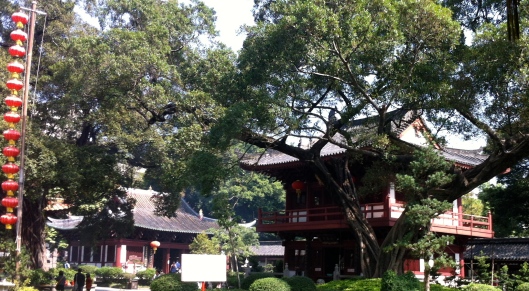 It’s a place to visit if you have the time.