A long weekend away with friends 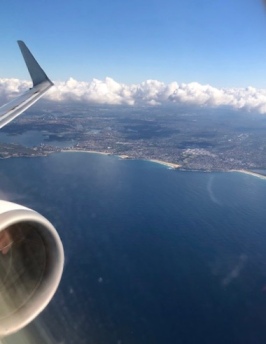 Friends of mine travel from Canberra to Noosa every year to escape the cold.  This year they invited me as it was our friend Mandy’s 55th birthday.  Noosa is an Australian resort area on Queensland’s Sunshine Coast. It is known for its lovely weather (21 degrees in winter), sand and surf as well as its main street (Hastings Street) with cafes, restaurants and overpriced boutiques. 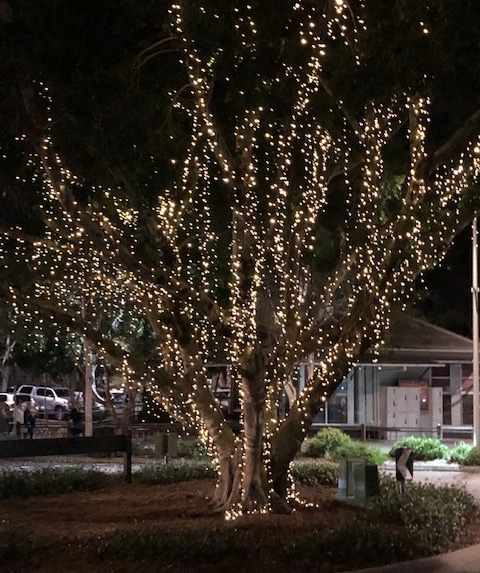 I travelled by plane to Brisbane with a short stop-over in Sydney and took the two hour shuttle to Noosa.  Initially my friends and I were going to meet at Brisbane Airport and hire two cars to drive to Noosa.  But…my friends were unfortunately stuck in Canberra Airport for seven hours due to an issue with their plane.  They didn’t arrive in Noosa until just after midnight so luckily there was a shuttle to drop me off right outside my accomodation!!

I arrived around 5pm at the  RACV Noosa Resort.  A really lovely place with several swimming pools, a tennis court, restaurant and bar and small shop.  I stayed in a good sized apartment with a small balcony which had views of ducks in the pond. Very noisy in the mornings but I guess that’s nature and I really didn’t mind. 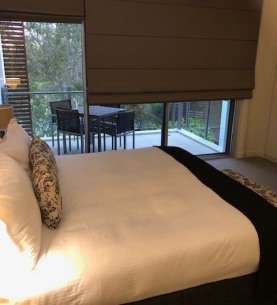 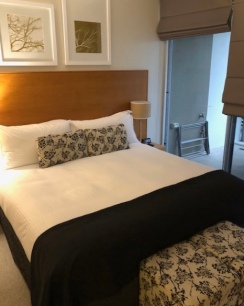 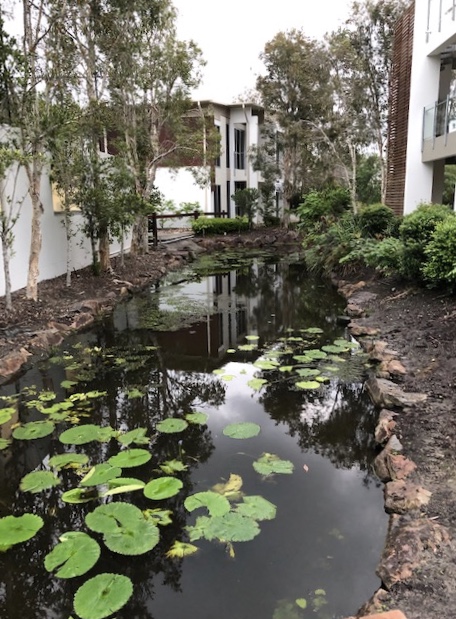 I decided to go for a walk to familiarise myself with the area and walked to the main shopping street which took about thirty-minutes.  It was lovely how lush and green the vegetation was along the way.  When I returned to the resort, my friend Mandy and her partner came over for a glass of wine before I retired to my room for an early night.

Early the next morning I did the same walk down to the beach and then met up with Mandy for breakfast at a cafe overlooking the beach called Bistro C. 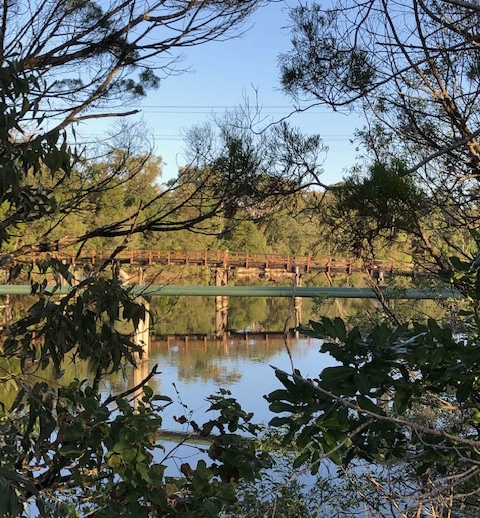 Lots of people out and about swimming or surfing or just relaxing like us enjoying breakfast.

It turned out that this was not the only time I was to eat at Bistro C.  One of the girls who had arrived late from Canberra messaged me to say that a birthday lunch had been organised that day for Mandy and it was at Bistro C!!

Mandy and I then took the six-kilometre round walk to Dolphin Point – a lovely walk with beautiful views.  We started off along the beachfront then took some stairs up to a pathway within the national park where koala bears live but as much as I looked I could not see any.

I decided to take the shuttle bus back to the resort as I was a bit weary after my walks…and a couple of hours later, it was time to return to Bistro C for lunch.  One of the girls and I chose the roasted beetroot, feta and legume salad with fig, spiced pumpkin, radish, pomegranate and pea hummus.  I opted for no cheese and mayonnaise and it really was absolutely delicious.  Coupled with a glass of champagne it was a great way to spend a couple of hours!! 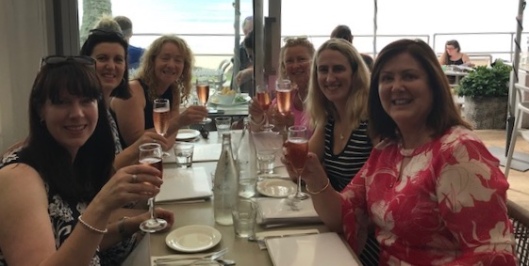 Now I know there are many wonderful restaurants in Noosa but I had seen something else delicious on the menu.  The next day I walked back into town and stopped off for lunch at Bistro C...the dish I wanted to try was the fried shiitake mushroom, water chestnut and spinach dumplings with Sichuan eggplant, sesame broccoli, snow peas, green onion and ginger broth.  Unfortunately I was very disappointed with this dish.  The dumplings tasted like they had been sitting around for a while and there was no Sichuan eggplant or ginger broth on the dish.

At the time of our visit the Noosa Food and Wine Festival was on so we had tickets for a four course dinner at Peppers Resort with a few guest Aussie chefs.  Matt Moran whose restaurant is Aria overlooking Sydney Harbour and Matt Preston from Australian Masterchef were two I saw and had photos with.  Nice to spend time with the girls but the vegan food was incredibly disappointing; so much I didn’t even stay for dessert! 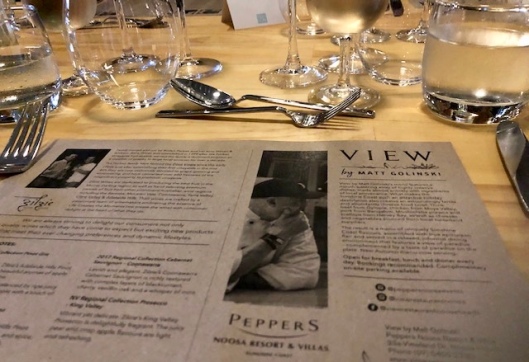 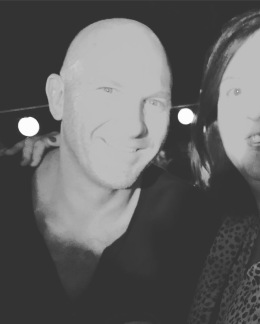 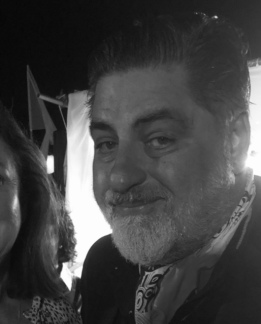 The girls have kindly invited me back next year…no more formal functions at the festival though just time with friends and long walks! 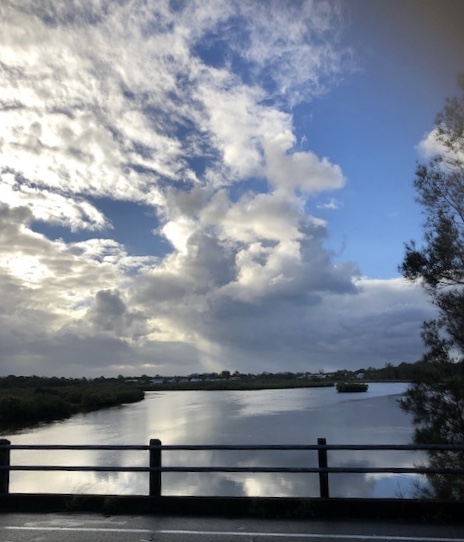