Dinner with views of the Grand Mosque

Whilst in Abu Dhabi on our stopover back to Australia from the UK, my brother, nephew and I stayed two nights at the Intercontinental Hotel.  A lovely hotel with its own beach but with the temperature being around 45 degrees celsius it was way too hot for me to go there for any longer than a short look.  I preferred sitting in the lobby with the beautiful orchids and the air-conditioning.

We asked the concierge to recommend a good place for dinner and the Ushna Restaurant located in the Shangri-la Hotel complex was recommended.  The concierge was an extremely lovely lady who we got to know well over our two days in Abu Dhabi and she made our booking at the restaurant.

Well… firstly when we arrived there was a wonderful surprise for my brother and nephew who saw the latest Lamorghini (the ‘Hurricann’ model my brother tells me and worth $950,000) so two excited boys had their photos taken alongside! 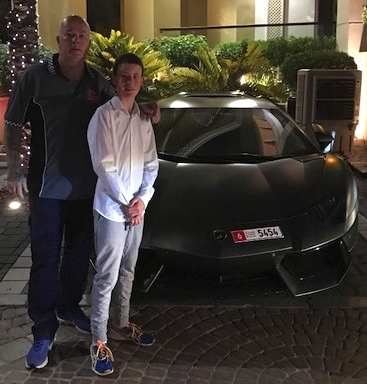 and when were shown to our table there was a nice surprise – a large white plate with a welcome note in chocolate for us…all arranged by the hotel’s lovely concierge – so sweet (which my nephew ate at the end of the night – the chocolate not the plate!!). 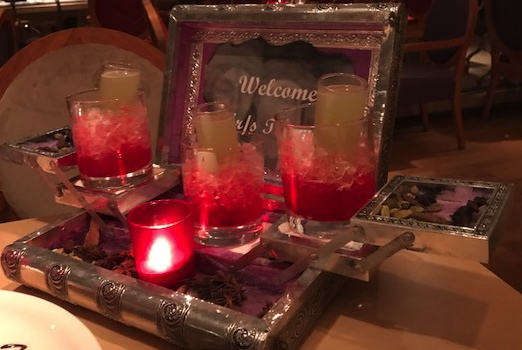 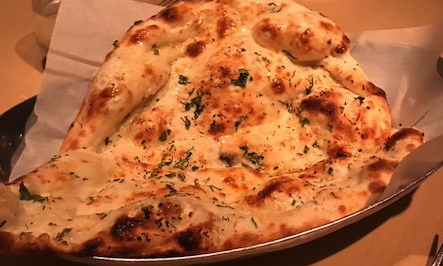 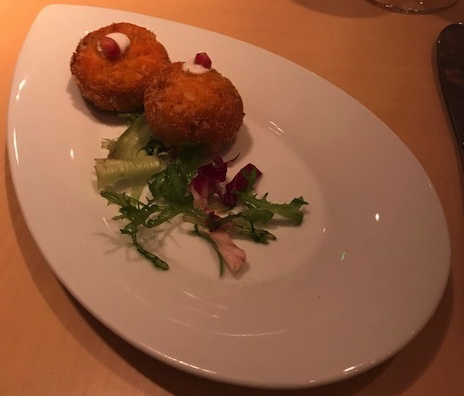 For my main course I ordered the palak paneer (a spinach and paneer cheese dish) and my brother and nephew ordered two dishes which were both meat but I think I was too taken by another complimentary shot that arrived as a palate cleanser – watermelon, lemon and some spice I can’t recall that I forgot to photograph one of the dishes.  I must say the dishes don’t look that good in my photos but the food was very good.

And the watermelon, spice and lemon shot was so good too…then to end the evening there was a hot chocolate for my brother but nephew and I were too full – and more complimentary things arrived – a little plate of almonds on chocolate with decorated toothpicks to make eating easier.

A great night; too much to eat but definitely worth the visit for the food, service and views!