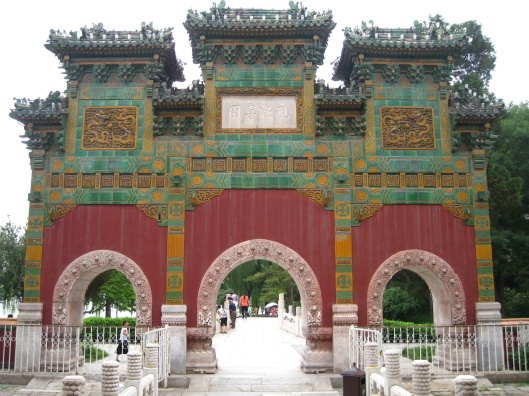 One of Beiing’s largest public parks is Beihai (which means northern sea) and used to be an imperial garden.  It is now used by thousands of Chinese, expats and foreigners to stroll around, take boat rides or eat snacks from local vendors.

One of the main structures is the White Pagoda which is a 40-metre high stupa, located on the highest point on Jade Flower Island and built to honour the visit of the 5th Dalai Lama in 1651.

Its body is made of white stone and there are sun, moon and flame engravings on the surface of the tower. It was destroyed in 1679 by an earthquake and rebuilt the following year, and restored again in 1976 because of the Tangshan earthquake near Beijing.

There are also beautiful buildings around the park with the usual large gorgeous Chinese lanterns. 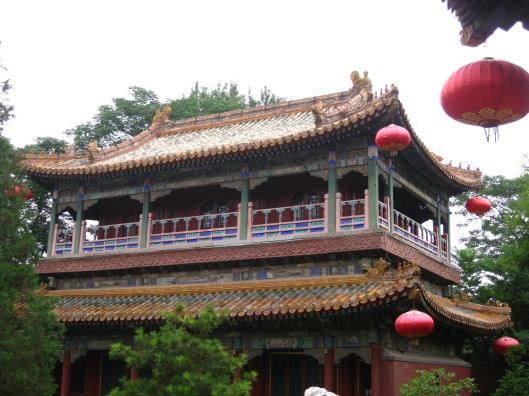 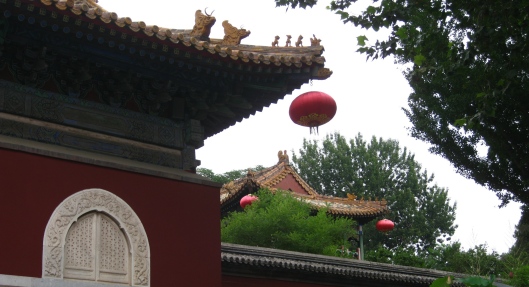 A Five Dragon Pavilion which comprises five connected pavilions with spires and pointed upswept eaves and built in the Ming dynasty is also located within the park along the waters edge.

And to the south of the Five-Dragon Pavilion lies the Nine Dragon Wall.

It was built in 1402 and is one of three walls of its kind in China. I saw another one during my travels to Datong in Shangxi Province and also the third but cannot recall where I saw it.  This one is very similar to the one I saw in Datong, made of seven coloured glazed bricks with nine complete dragons playing in the clouds and these  decorate both sides of the wall.

Beihai is definitely worth a visit; it’s a wonderful day out, walking, riding or rowing, and even if you are not culturally minded, the colourful buildings and vibrant trees and shrubs around the park in summer and spring are just lovely. 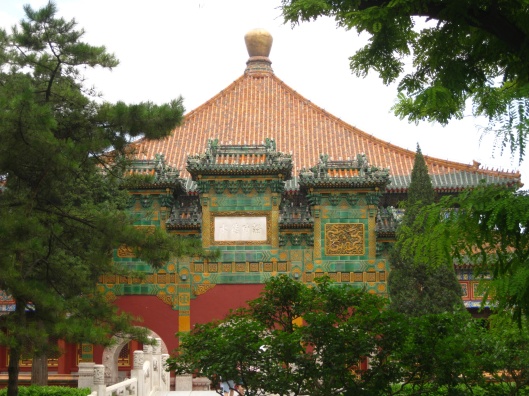