Whilst studying Chinese in 2011 and living in Beijing, an Aussie friend of mine also living in Beijing  invited a few of us to visit a part of the wall I had not yet seen. So one very cold day in winter, we hired a bus and drove about seventy kilometres out of Beijing to Huairou District.

Near the wall is a Walled Village which is where we stopped to take a quick look and then walked to the wall. This Walled Village has thick brick walls surrounding the houses and courtyards which date back to the Ming Dynasty, when the village served as a base for the garrison at the Great Wall.

From the Walled Village to the Great Wall we walked for about half an hour along a dirt track and enjoyed wonderful views of the wall in the distance, along with some snow on the mountains. 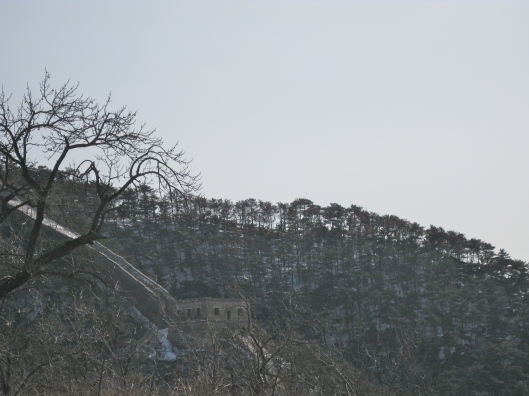 We reached the wall which is located at the bottom of a valley, where there is an old gateway to walk through to actually get onto the wall.

I did hop up on the wall and took a few steps, so that I could say I had been ‘on’ this part of the wall but it was so steep and without any side walls was really too scary for me with my fear of heights!

It was a lovely part of the wall that unlike other parts, was unrestored…beautiful to see. 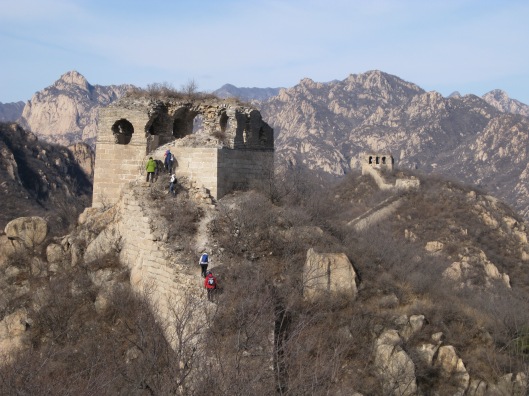 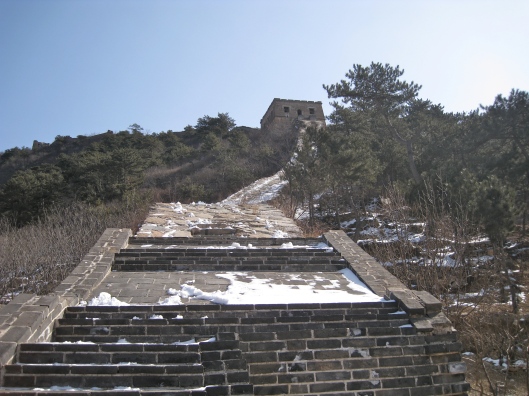