The Golden Temple in Kyoto

Kinkakuji-ji is said to be second only to Mount Fuji as Japan’s most famous sight.  As you can see it is famous for its gold-covered main hall which seems to float over its surrounding pond with a beautiful gold reflection.

Again this was another place in Kyoto that attracts many visitors so best to visit early in the morning or late afternoon just before closing time.

It was originally constructed in 1397 as a retirement villa and later converted into a temple. 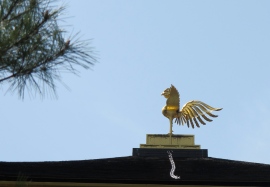 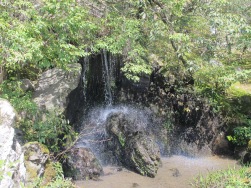 The three storey pavilion is covered in bright gold leaf and features a bronze phoenix on top of the roof.  As I previously mentioned there is a mirror like reflection of the temple in the Kyo-ko pond which is extremely photogenic.

The temple was burnt to the ground in 1950 by a monk who was said to be obsessed with the temple and five years later a full reconstruction was completed which followed the original design exactly but the gold leaf was not extended to the lower floors of the temple – not exactly sure why – cost perhaps!!  Definitely worth a visit whilst in Kyoto.