Another weekend; another place in China to visit.  After a couple of days working in Shenyang and Dalian in Liaoning Province, I decided to stay and spend two days in Dalian. One of my Chinese teachers, who was born in Dalian gave me some great ideas of places to visit; I of course then used Global Easy Tours to transport me.  But first before work one morning I walked to Beijing Park which is one of the most beautiful in Shenyang and its most famous.  You could easily spend a full day walking around the park but as I had to get to work I did a quick walk around and visited some of the famous sights. 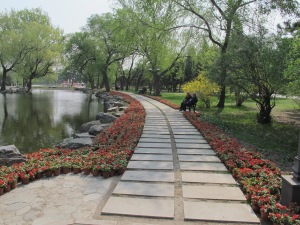 Our first work day  in Dalian: 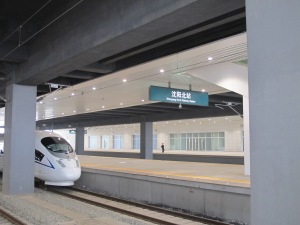 After taking the fast train from Shenyang to Dalian our wonderful police compatriots took us for a drive along Binhai Road which reminded me of driving along the Great Ocean Road in Victoria – very beautiful.  I could not believe I was in China, mountains one side and the ocean on the other and of course clean fresh air coming from the sea.

Then a quick drive down to the beach which reminded me very much of my place of birth; Wales with the absence of sand on the beach and covered in small shells and pebbles.  I went down to the sea to put my hand in and promptly fell in – quite embarrassing as I was being accompanied not only by my Beijing team but also by about twelve local police and wearing office wear!!

Weekend: Firstly a day long tour to Lvshun, previously known as Port Arthur and Ryojun, and located at the extreme southern tip of Liaoning Peninsular.  Lvshun was previously under Russian administration and then Japanese administration so my first stop was to Dongjiguan which was the main battlefield of the Russian-Japanese war in 1905 where the Japanese  beat the Russians in a naval battle.  A very interesting place with matching history which is a great visit for both war history buffs and families. 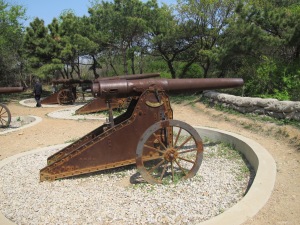 Next stop was to the Russian-Japanese prison which was half built by the Russians to intern the Chinese and rebuilt by the Japanese in 1907  to intern the Chinese, Russians and dissidents from Japan opposed to the emperor.  Finally the communists used the prison to house the Chinese. Poor Chinese really don’t get a break in this prison.   As prisons go, this one is quite morbid with torture rooms and a gallow with skeletons on display.  Maybe not for the kids!!

Last day in Dalian: A drive to Baiyu Mountain to see spectacular views over Dalian both the city and the ocean, then to visit a local cherry blossom park with a beautiful dam. 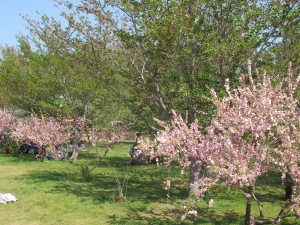 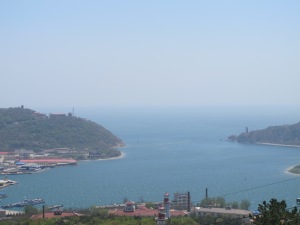 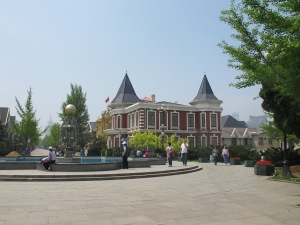 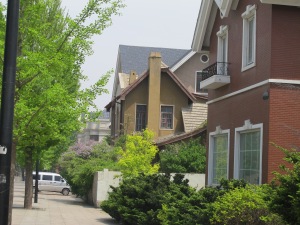 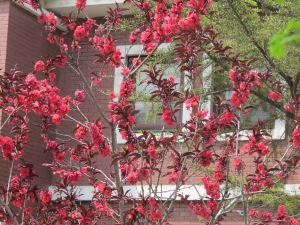 My last stops before the airport were to a park which on the weekend is used as a dating site – where parents (mostly mums) write out adverts for the type of partner they want for their children.  If only it wasn’t in Chinese I might of found myself another husband.  Then to Lovers bridge where the Dalian people walk along after they are married to ensure a long and lasting marriage, and finally dragon park and one of the many squares in Dalian where I saw the imprinted feet of the now imprisoned BO Xilai, who lived and worked in Dalian years before his arrest. 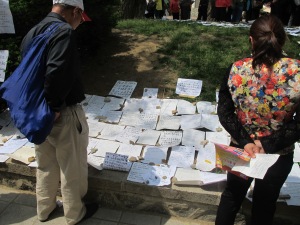 I really liked Dalian, it’s got a great feel to it; it’s a beautiful city with spectacular ocean views; a definite place to visit.  I stayed at the Shangri-la Hotel which was great and one evening a little Chinese boy even put on a dancing display for me – gorgeous!!